URL CZ: https://www.valka.cz/PPT-8-t28654#423013Verze : 0
URL EN: https://www.armedconflicts.com/PPT-8-t28654#423013Version : 0
brano MOD 9 years ago
After the rejection of the artillery tractor project KOTRA-8, an effort was made in 1952 to develop the original German artillery tractor sWS (heavy Wehrmachtslepper). One copy of the original German tractor sWS, which had the original German petrol engine Maybach replaced by a diesel engine Tatra, participated and excelled in comparative tests of tractors running from 15.5.1952 to 6.6.1952, which were also attended by captured German tractors KM m 11 (Sd.Kfz.7), DB 10 (Sd.Kfz. 8). The original German sWS (referred to in post-war Czechoslovakia as "SWS") was produced during the war in the Car Factory, a.s. Kolín. A large part of the documentation was preserved and after testing by the Military Technical Institute, the low failure rate of the vehicle and production from non-deficient materials was appreciated. The captured tractors were allegedly used by units of the Czechoslovak army. On the recommendation of Soviet advisers, between 19.8.1952 - 28.8.1952 with a tractor sWS military tests took place.
I would like to note that this original sWS with Tatra engine cannot be considered a prototype (some sources consider it a third prototype). It is more of a technology demonstrator. At the moment I have not confirmed whether this particular vehicle had any factory designation, but due to the fact that the T 809 was also assigned in the record book to the reconstruction of Sd.Kfz. 9 with Tatra engine from 1948, it is possible that this specimen bore an identical designation. However, it is a problem of chaotic factory labeling, see. following lines.

The original tractor sWS did not meet some requirements of the army and therefore the development program of the modified design was to begin. Approval of the development of the enhanced copy sWS by the Chief of General Staff took place on January 10, 1953. The authorized development company was Tatra Kopřivnice np It led the development of this tractor under the company name T-809 (in the history of the company Tatra number 809 occurs in at least four other types, very different from each other, such as three versions of a staff car Tatra V 809 ).
The official military designation of the half-track tractor project was PPT-8 (polopásový traktor 8-ton). The civil designation of the task was 838/52.
Prior to the production of the zero series, the required specifications were to be tested on a pair of prototypes. The specifications included the dimensions of the storage area (3500 x 2350 mm), the height of the sides should reach a height of 375 mm. The storage itself was smaller than sWS. Behind the driver's cab, space was created for the folding cab roof as well as the arches and the roof protecting the storage area, there were tool boxes and a spare wheel. There was to be a pair of folding seats on the storage area, which were to provide transport space for 10 men. The cabin was to be of the same construction as the German model sWS (open, covered with a tilting canvas roof). The cabin was to be heated by warm air from the engine. The fuel supply was enough for a range of 350 km. It was required to improve the handbrake and install a winch with a rope 16 mm thick and 80 meters long.
The original request was for 2,000 serial tractors, whose production was to begin in 1954. The company Tatra submitted for approval the final form of the project in 4/1953. The biggest change was the replacement of the steering from the Praga N5T truck with the steering from the Tatry 111. Due to the fact that work on the prototypes started even before the approval of the final project, the work on the prototype parts had to be started again. This delayed the completion of the prototypes by three months, and a pair of machines with registration numbers 522436 and 522437 were not completed until 11/1953.Upon completion, the prototypes underwent extensive company tests lasting from 11/1953 to 3/1954 [* 2 *]. Company tests were not even completed and the evaluation of prototypes was very negative. The prototypes were of poor quality, the engine was not very powerful. There were so many problems that the company could not solve them by the date of submission to military tests. The prototypes were handed over to the army for testing on March 14, 1954. Due to constant technical failures, the prototypes were sent for repairs and modifications to the parent company. The second prototype was modified engine, when the original Tatra 108 engine was drilled to 120 mm. The engine had reduced power, but it gave the vehicle increased dynamics and increased its reliability. The prototype modified in this way was handed over for testing on July 31, 1955. In the future, it was planned to replace the engine with a new type of Tatra 909, respectively. later for the Tatra 928 type. The next phase of tests took place until the end of 1955. However, the prototypes still suffered from failures and did not meet the specified specifications. During the tests, the military investigated the possibilities of importing the necessary tractors from abroad. The PPT-8 project was stopped in early 1957. Nevertheless, the prototypes were repaired to a mobile condition. The first prototype with the original Tatra-108 engine (id. No. 522436) was sent to VTA Brno as a study aid and the second prototype (id. No. 522437) was sent to VVP Jince.

Even potential import types of tractors did not meet the requirements of the army, and the Czechoslovak development program of artillery tractors was re-evaluated.
In 1957, however, new military requirements arose and the licensed production of a light artillery tractor ( AT-L) or the import of a medium tractor ( AT-S) from Poland. Programs VOŽ, TOPAS, DTH-III and PPT-8. However, the development of VOŽ and PPT-8 has already been stopped, the project TOPAS existed only in the form of an unapproved task card and prototype DTH-III was sold to Switzerland. However, for comparative tests with the Soviet tractor ATS-59, the light tank chassis was pulled out of the garage TNH 57/900 ( modified fifth prototype TNH nA) and he succeeded. It was decided to create a new tractor based on DTH-III. However, this decision was not implemented either, and the Polish Mazur D-350 was finally imported.
One prototype PPT-8 played an episode in the Czechoslovak film Práče.

Notes:
[~ 2 ~] The date of the company tests is incorrectly stated in the sources 11/1955 - 3/1956. For a year, the prototypes didn't just stand in the company's garages, and chronologically, this doesn't correspond to other dating. I assume that the tests were to be performed from 11/1953 to 3/19540. The incorrect dating is in both sources by the same author. I guess it's a typo.

In the latest publication on sWS (Nuts & Bolts No. 41) there is a drawing of an armored version of PPT-8. I do not currently have access to this resource and therefore I cannot assess whether it is a drawing based on a real basis. 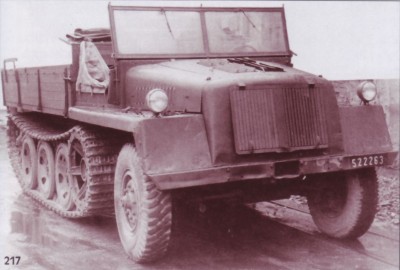 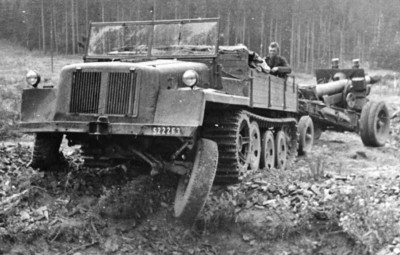 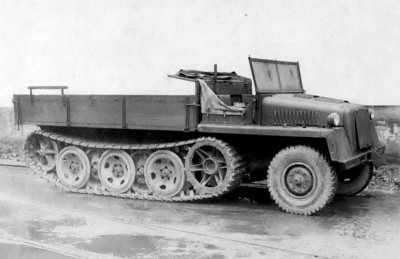 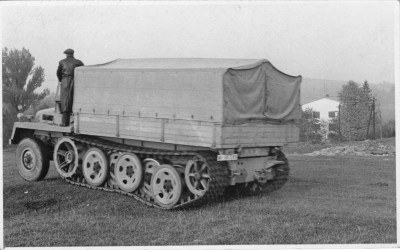 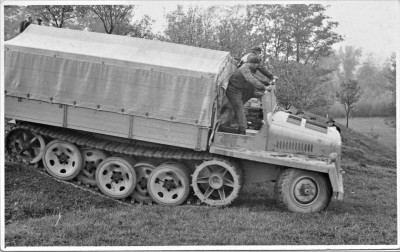 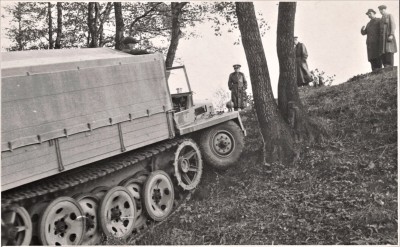 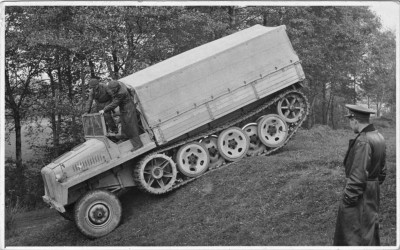 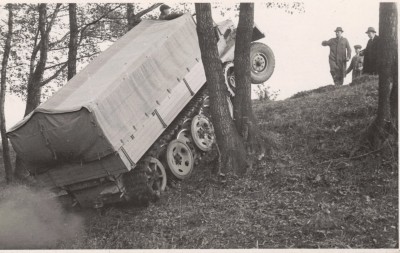 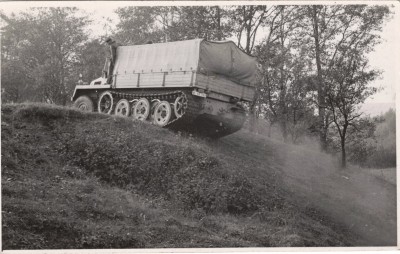 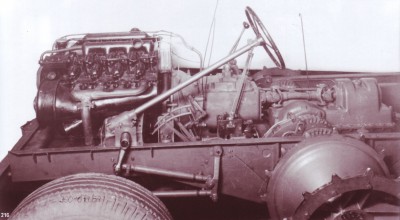 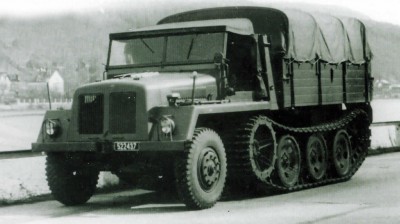 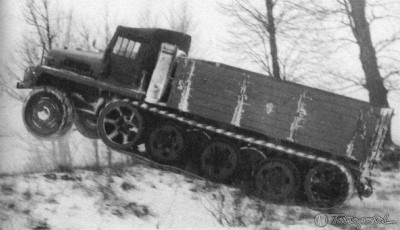 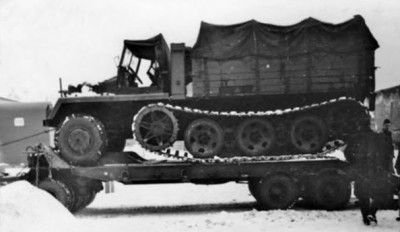 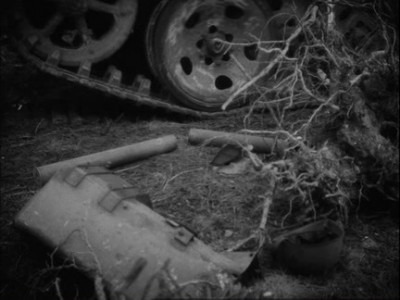 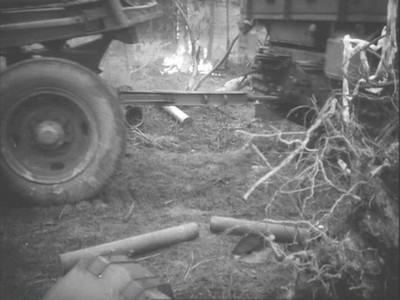 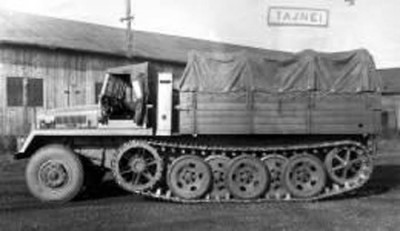 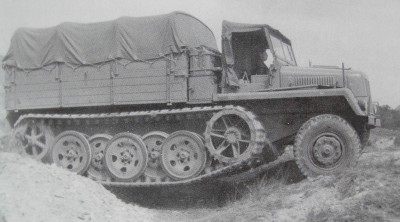 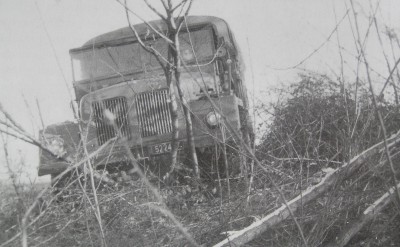 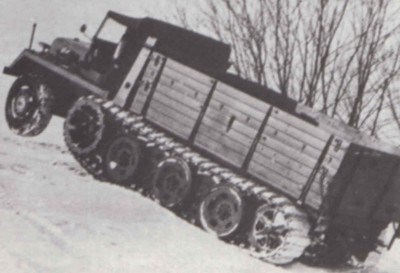 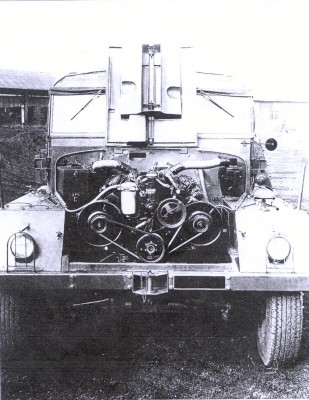