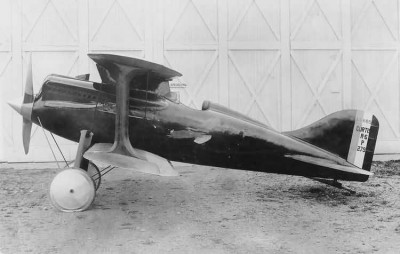 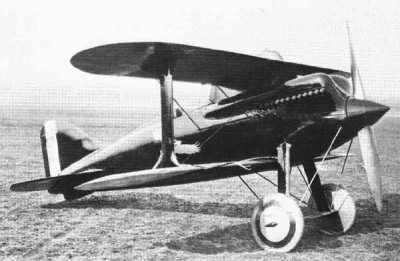 URL : https://www.valka.cz/Curtiss-R-6-t124370#423660Version : 0
Aubi MOD 10 years ago
Shortly after the end of the Great war there was between the two american armed forces a big rivalry, backed by even the constant fighting about finances. This rivalry continued on the soil of many air races in 2. years were carried out - from the cup Gordon Bennet after the most famous, the Schneider. In 1921 in the race for the cup brethren Pulitzerů won the Curtiss CR-2, belonging to the navy, which led the army to the fact that the same company also ordered a pair of racing cars with the intention to deploy them until next year. The army's designation for these machines sounded R-6 (Curtiss with the factory designation R-6 that have already existed, it was the torpedo bombers for the navy). Ordered were 27. may 1922 and was completed and forwarded to the customer for 90 days, at a price of 71000 dollars plus $ 5,000 for spare parts.

R-6 took over more or less unchanged hull of CR, should but a new wing with less span and the new profile of the Curtiss C-27 and the struts in the shape of Even. New was also the chassis and engine of the D-12 modified for the performance of the 460 hp / 343 kW, with a surface cooling built into both wings. Contrary to the endemic procedure to the first take-off of the two machines occurred at the factory airfield in Garden City after them came their army "jockeys", lieutenant Russell Maughan, and Lester J. Maitland. Maughanův machine, 68564 with racing number 43, the embedded hope filled, when the Pulitzer 1922 won, reached a record speed of 331,19 km/h, and at maitland's "44" was with the speed of 319,93 km/h the second. "43" four days later at the airport Selfridge-Field lent himself to brigadier general William "Billy" Mitchell, which immediately established an absolute speed record 358,84 km/h. From parts of the press tilted the navy, which he could not forget the recent cuts in budget of in favor of the air force, but immediately elicited heated criticism for the misuse of the function. Maughan then attempted another increase in march 1923, and also succeeded - in the meantime, Mitchell's record surpassed the speed of 375 km/h, the Frenchman Lecointe, Maughan but reached 380,74 km/h. At the same time about breaking the record tried and Maitland, commission him but his 386,17 km/h not recognised due to a violation of the rules.

Army air force had deployed the R-6 and the Pulitzer prize in 1923, the Curtiss but in the meantime, the navy built a new machine, R2C-1, and army Curtissy reached only fifth and sixth places. The following year he also participated in, the machine 68564 (now with the racing number 68) but shortly after takeoff crashed. The second machine, "69" piloted by lieutenant Brookleym, reached with the speed 345,69 km/h second place, but his fate was soon after sealed and in 1925 it fell victim to the static tests.

Curtissy R-6 are in addition, it with them in the 1922 army air force navy "natřelo" significant mainly to the fact that under their influence, the army ordered from Curtissu and fighter machine, PW-8, who stood at the very beginning of a relatively successful series Built Hawk, Mohawk and Warhawk..