Rudolf Singule was born 8.4.1883 in Pula (according to some sources it was about Brno, but the official To.in.The sources reported Pulu) his father was a clerk in Brno and from there perhaps even the reputation of his place of birth. After graduating from school he was accepted to Marineakademie in Fiume (today's Rijeka) where he graduated and was eliminated 28.6.1901 in the rank of Seekadett II, klasse. The first of his ships was the ironclad Budapest, furthermore, he attended several professional courses and after completing the officers ' course was as officer translated the light křižní Aspern. I dream visited China and after his return he served on other ships (in The.in.To the fleet it was the usual practice), as ironclad Wien, torpédovky Tb. 38 and Delfin. In 1909 he got on just based submarine station in Pula and in the rank of Fregattenleutnant one of the first submarine officers. To the rank of Linienschifsleutnant was promoted 1.5.1911. On 21.9.1912 became the commander of the submarine U 4 built for the austrian marino in Germany. It was at this time a solid ship, and apparently, together with its sister ship U 3 the best of what the austrian marina had. A submarine commanded to 7.7.1913, then became commander of the torpédovky Tb. 32. At this time Singule also married (1911) and had two daughters (1913 and 1914). After the beginning of the war returns to the submarine station in Pula and 9.4.1915 is once again becoming the commander of The 4. as the commander of the submarine to make her mark by sinking the Italian cruiser Giuseppe Garibaldi (18.7.1915) and when another attack seriously damaged the English cruiser Dublin (9.6.1915). In addition he had to his credit 9 steamers and one sailing boat which puts him in 4th place in The.uK. fleet. The total displacement of it sunken ships was 17 561 brt. In July 1917 he was Singule of the functions of the sub commander recalled and given command of the torpedo course on the school boat Panther. The combat action is already in WWI didn't get. It is admirable what this captain with an old submarine in a relatively short time could (At 4 she was the oldest submarine To the.in.To the navy, U 1 – U 3 were built and taken over later). During the war, was highly evaluated by his ability to command, so its human behavior to the people from the affected ships.
After the war, Singule moved to Brno, and here he worked as a clerk. Somewhat belatedly (21.12.1929) here also got high of the austro-Hungarian medal – knight's cross of the order of Maria Theresa (number 194). With it was associated even ennoblement. In CZECHOSLOVAKIA, however, were the noble titles abolished. After the occupation he applied for German nationality (perhaps under the influence of his second wife) and served as probably the only Czech in the Kriegsmarine as the commander of the submarine. He commanded from October 1941 to April 1942, the submarine UD-4 (ex-Dutch 26), the ship served as a school and it also received a Singule rank of Korvettenkapitän that got 1.2.1942, the ship at that time belonged to the 5. submarine fleet in Kiel. After the service on this ship is not in the available sources of his fate being marketed, but apparently retired to civilian life, because 2.5.1945 is in Brno where is dying, murdered by the soviet soldier who tried to prevent the rape of women. Perhaps for this reason, it is not his name on the grave where he is buried next to his wife. The grave should be at the Central cemetery in Brno.


Overview honors received for WWI (unfortunately I didn't get the original austrian version and so I present that, at least from an English source: 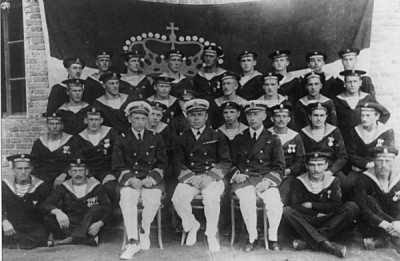 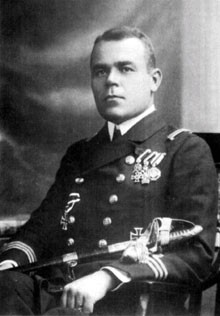 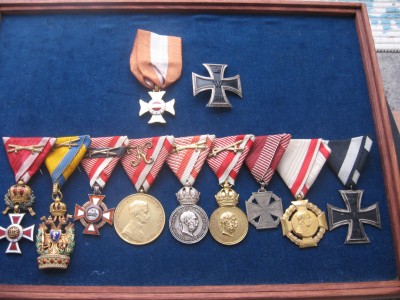 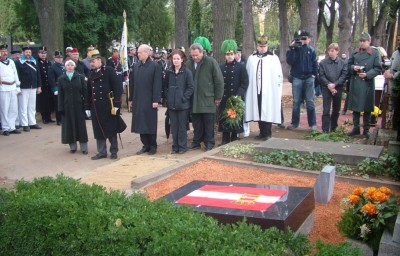 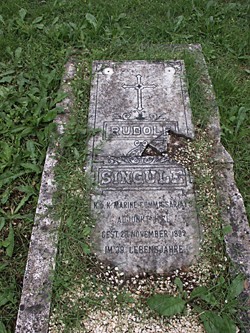 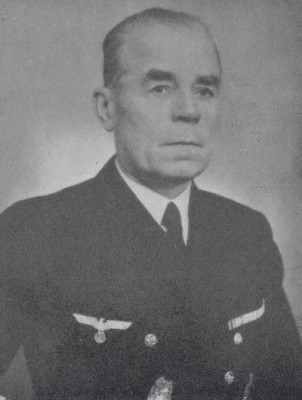