One of the little-known episodes of the "Cold War" is the trial of Jak-23 in the United States. It is, of course, known that the tests took place, there is even a short film from these tests on the Internet, but how the plane got to the USA is a mystery to many. It's usually described as a James Bond spy action, but the story itself is much simpler and, of course, more interesting. According to speculation, the aircraft went from Poland (completely meaningless) and then from Bulgaria (but there were only 12 of them and they are documented) Russian sources even speculate that they were aircraft delivered to Albania by rail (but this is no longer because it would be illogical to send aircraft by rail via Yugoslavia). All espionage theories agree that one country sent the plane by rail and it was detained in another country (usually speculated about Yugoslavia) and offered for tests to the United States, after which it was to return and continue to its destination. Apart from the fact that it is a wild construction, a certain piece of truth on the story is, the plane was only lent to the USA and then returned.

But how was it really? It was easier and, of course, at the time of the event for the propaganda of both parties non-distributable. On June 24, 1953, the Romanian pilot Mihail Diaconu deserted to Yugoslavia with a Jak-23 aircraft. Originally, the aircraft and the pilot belonged to the 135th Fighter Regiment at the airport in Caransebes, western Romania. After landing in Yugoslavia, the pilot applied for political asylum, later left for the United States and apparently lived under a different name. The report of his escape was not published in Romania until 35 days later and was practically unknown to the public. Due to the fact that Yugoslavia received its first jets only shortly before that (March 10, 1953 - it was a training T- 33), it is clear that the aircraft was very interesting for Yugoslav pilots. In addition, it was an aircraft that was used by the air forces of their potential opponents (Romania and Bulgaria), so its tests were a matter of course. The aircraft was deprived of all marking and was handed over for testing to the VOC (Vazduhoplovni Opitni Centar - air test center) for tests of flight characteristics and armament. During the tests, 21 flights lasted 9 hours and the pilots Vodopivec, Prebeg and Todorovic piloted the aircraft. The VOC was operating at Zemun Airport at the time, and the tests apparently took place there, although available sources do not mention the location of the tests.

After testing, the aircraft was offered in October 1953 through the local CIA residence for loan to the United States. The condition was allegedly a loan for a limited time (about a month) and the escort of several Yugoslav Air Force officers. In the United States, the CIA teamed up with the ATIC (Air Technical Intelligence Center) based at Wright-Patterson AFB to co-produce the "Alpha Project." His goal was to transport the plane and perform tests so that the other party (ie the USSR) did not know about it. The head of the top-secret Project Alpha was I.H. Herman. An air bridge was chosen for transport by plane C-124 od 4th Troop Carrier Squadron, 62nd Troop Carrier Wing from Larson Base and was flown to Wright-Patterson AFB. The pilot was Capt. Leroy D. Good, an experienced veteran of military transport operations. He traveled with the plane to Europe, first to the base Westover AFB in Massachusetts and from there to the airport near Munich, where the Americans had a base. From there, C-124 flew at night to Yugoslavia, where he was loaded Jak-23 disassembled in boxes and members of his entourage (it is not clear whether it was the guards or rather the mechanics who assembled the machine in the US), the number of escorts is given to 9 - 12 people. The plane then continued through the airport Orly, where it was refueled, to Wright-Patterson AFB, where it was towed after landing to hangar 145, which was in a guarded area belonging to ATIC.

Due to the short time for which the aircraft was lent, its assembly began immediately and on November 4, 1953, the first test flight was performed. I.H. Herman also selected test pilots of Lieutenant Colonel (Lt. Col.) Fred Wolfe and Captain (Capt.) "Tom" Collins, who piloted shortly before that MiG-15 obtained in Korea). Wolfe piloted an aircraft that accompanied the Jak-23, which was controlled by Collins. The head of the ground staff was Ray Gardiner, his assistants were mechanics Stan Kulikowski and Ronnie Wilcoxin, allegedly also helped Yugoslav pilots, but it can not be verified. During the tests, the aircraft was provided with a removable USAF designation and the number FU 599, and on the tail was a fictional serial number 0599 and another inscription above it, which I could not identify. Because the takeoffs of the aircraft could not be kept secret, the story was extended that it is a test of the aircraft X-5, which remotely resembled Jake. Collins made a total of 8 flights with Jake, the last on November 25, 1953, and the aircraft was awarded as agile, but with low access, because it did not have a pressurized cabin. He allowed the Americans to get to know the Soviet design school, because at the time of the tests was together with MiG-15 fighter in the front line of the USSR and friendly states. Interestingly, this is the first Soviet jet tested in the United States ( MiG-15bis was still in Okinawa at the time of testing and came to the United States later). After the tests, the aircraft was dismantled again and taken the same way, ie via Munich to the Yugoslav airport Pancevo and then handed over back to Romania. The whole event was strictly secret both in the USA and in Yugoslavia, and little is known about it to this day.

URL : https://www.valka.cz/Jakovlev-Jak-23-kod-NATO-Flora-t2038#277802Version : 0
bitaxe 14 years ago
On December 12, 1950, the "Agreement on the Method and Conditions of Settlement for Armaments and Military Material Supplied by the Government of the USSR to the Government of the Czechoslovak Republic" was signed, supplemented by an agreement on the activities of Soviet advisers in Czechoslovakia.


The appendix lists more than 130 types of armaments and military equipment worth almost 67 million rubles, which were to be delivered by 1951. Most of them were improved armaments from the end of World War II.


The exception was 11 reactive fighters Jak-23 introduced into the Czechoslovak armament. Air Force under the designation S-101. 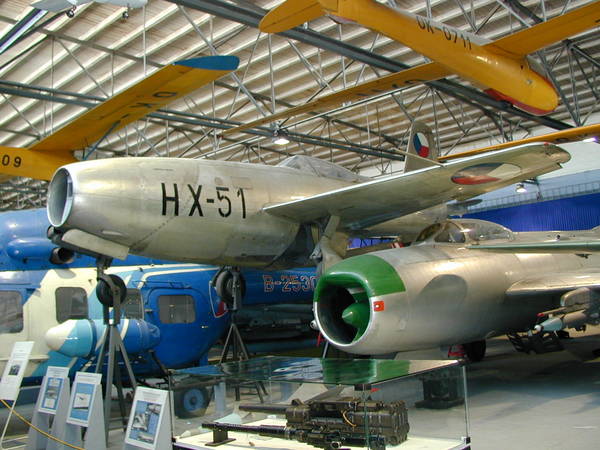 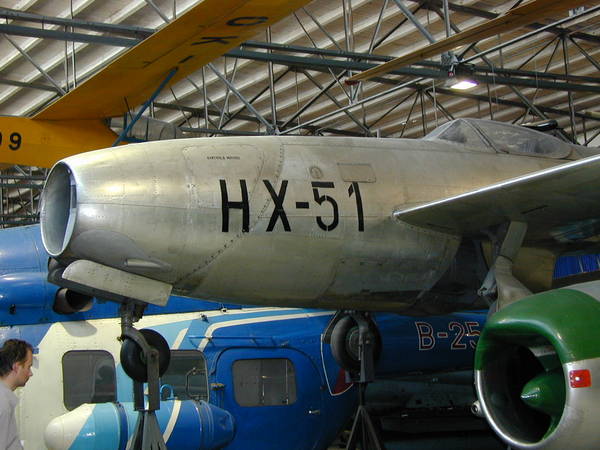 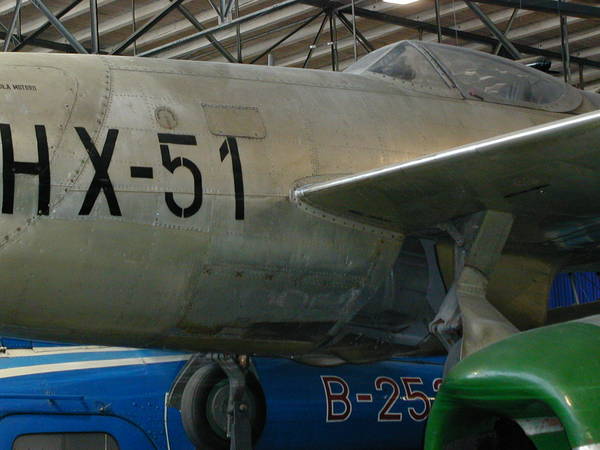 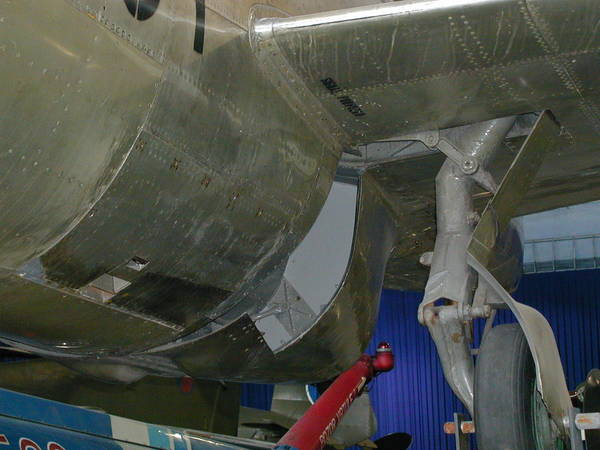 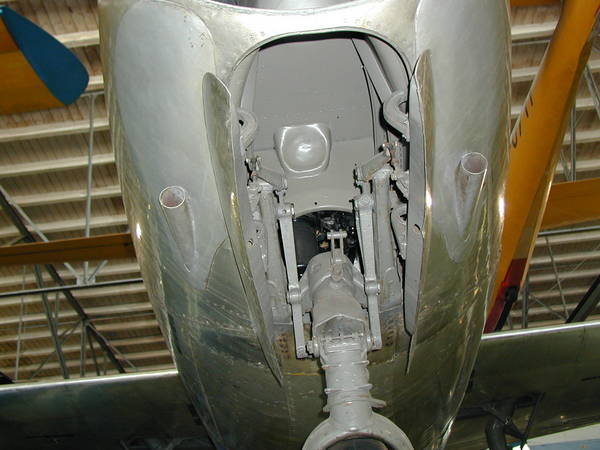