He was born on September 8, 1917 in Chrlice, a village that is now part of Brno. After graduating from primary school, burgher and vocational electrical school, he was deprived less than a month before his twentieth birthday and on October 1, 1937, presented at the air regiment No.5 in Brno. After completing basic field training, he was accepted in mid-December to a non-commissioned officer and pilot school with the same regiment. In four months he was promoted to the rank of private and at the end of May 1938 included in the fighter school Air Regiment No. 4 in Prague. After another four months of intensive training, he was trained in October and November at the VLÚ combat aviation school in Prostějov. From December 1938 until March 20, 1939 he worked at 45. squadrons air regiment No.3 at the airport in Spisska Nova Ves. The next day he was demobilized and released from active duty.


Less than three months after the occupation by Nazi troops, he left, on the night of June 13-14, 1939, outside the Protectorate. He joined a group of pilots, which was presented in Krakow. After a short stay in the camp in Malé Bronowice, before the fall of Poland, he sailed through Denmark to France.
He was included among the Czechoslovak. pilots, who were training at the fighter school in Chartres. After the military and political collapse of France in June 1940, when he changed the combat flight school in Bourgres and La Rochelle in three weeks, he sailed for England.


From the port of Plymouth, Polda got to the Czechoslovak air depot in Cosford. On September 1, 1940, he was promoted to the rank of sergeant and over the next two months completed combat training at the Benson Bombing Aviation School and the Sutton Bridge Fighter School.


From November 1940 he was assigned to 245. British Fighter Squadron as a day and night fighter operational pilot. The primary task of the 245th Squadron was to protect the port of Belfast against German reconnaissance aircraft as well as to protect convoys. He opened a combat account on May 29, 1941, when he damaged the German Dornier Do 17. From July 1941 he worked in Fw 190 and participated in the shooting down of one Ju 88. As an instructor was included only until January 1943, then returned to the 310th Squadron to Exeter. On March 1, he was promoted to sergeant major, and less than a year later, on February 1, 1944, he was appointed to the lowest rank of officer - lieutenant.


On February 1, 1944, he ended his activity in England and moved to the first Czechoslovak air unit created in the USSR. On September 17, 1944, he flew with 1. fighter regiment to Slovakia, to the field airport Zolná near Zvolen. He shot down one during the fighting in Slovakia
Fi 156, dva Bf 109, & # 189; Ju 189, probably shot down one Bf 109 and Ju 87. After returning from Slovakia, Leopold Šrom was promoted to November 1, 1944 to the rank of lieutenant and as commander of the 2nd Squadron 1. Czechoslovak Fighter Regiment took part in the fighting for access to Moravia. After the war, he was promoted to the rank of lieutenant in June 1945.


During the war he was awarded several times. It was decorated four times Československým vojnovým krížom 1939, once Radom SNP I.degree, three times medallion for bravery before the enemy a twice military commemorative medal. He also received the Czechoslovak Military Medal for Merit, English War Medal a Defense Medal, Soviet medal for victory over Germany and more.


After the war, he was transferred to the air squadron in Kbelo on August 1, 1945, from which the 1st Air Regiment was formed by September 1945. In the post-war period, Leopold Šrom was transferred to various units, until he was finally selected for his abilities as a test pilot and was transferred to the Aviation Research Institute. He flew new types of aircraft and participated in the test program of jet aircraft Messerschmitt Me 262. Immediately after the February coup, the transformation of the state apparatus was carried out by dismissing those who did not comply with the communist dictatorship. In evaluating the attitudes of the command corps in the army, the criteria of the previous period - the fight against fascism - were no longer taken as criteria, but "loyalty to the working class and the working people" was considered decisive. Because most pilots came from the Western Front, they were labeled "communists of the people" and "minions of imperialism" by communist propaganda. Some pilots responded and left the republic. Leopold Šrom received an offer from a group of pilots who were leaving, but he rejected this offer. Nevertheless, Leopold Šrom was arrested in the autumn and accused of complicity in preparing to leave the republic illegally. It was an absurd accusation, but common at the time. After a few weeks, Captain Srom was released. He returned to the unit for a short time, but could no longer fly. In the spring of 1949, when the so-called "second stage of the cleansing of the command corps" began, he was discharged from the army for "loss of political confidence."


He started working as an electromechanic in Žižkov's Tesla. It was not until 1964, when the mistakes of the late 1940s and 1950s began to be corrected, that Leopold Šrom was suddenly promoted to the rank of major. He took over the Order of the Red Star from the hands of the Minister and was awarded the title of Merited Military Airman of the Czechoslovak Socialist Republic. At that time, he took advantage of CSA's offer to rehabilitated pilots and left to work for the State Aviation Inspectorate. This work did not suit him. He wanted to fly again. Therefore, he took private lessons and in the evenings learned aviation regulations, because the civilian pilot was placed more demanding than the fighter pilot. The firm will won and Polda became a transport pilot. He flew as a second pilot on Il-14. On October 11, 1968, a tragic accident occurred. After the start, the engine failed and the transport Ilyushin Il-14 OK-MCJ crashed near Kladno near the village of Ptice. The entire crew and all passengers perished.
URL : https://www.valka.cz/Srom-Leopold-t19497#72751Version : 0
kekulo 16 years ago 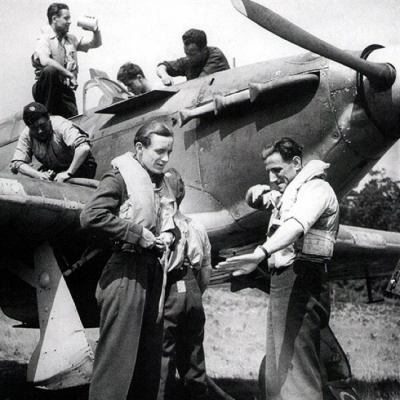 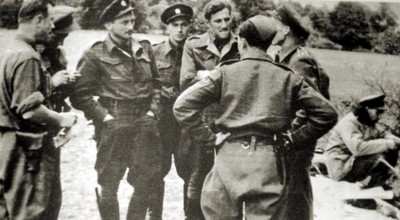